5p for each ice cream pot sold will be donated to the Scarlets Appeal in order to help raise money to fund a new lighter Scarlet coat for the Chelsea Pensioners.

Veterans have struggled with their current heavy uniforms during the hot summer months and are often prevented from carrying out the duties they love due to risk of over-exhaustion. The Scarlets Appeal is raising money to purchase new breathable, modern fabric with the same iconic design but made much more comfortable.

Managing Director Karen Green says: “As a British brand we are proud to be supporting such an amazing cause for our country’s deserving veterans. We hope that we can raise money and give people a taste of luxury ice cream at the same time with a modern twist on a classic eton mess – dairy ice cream swirled with red berry sauce and crunchy meringue pieces.”

The product has also been entered for the World innovation awards focusing on its innovative marketing campaign working with the Scarlet appeal.

Brigadier Tweedie Brown CBE, Chairman of Cream & Country, a veteran of HM Forces, who has a long association with British Forces charities, commented: “Helping Forces’ charities is a huge part of what Cream & Country stands for. We use the best of British produce and our Forces are amongst the best in the world. The characteristics of our farmers – hard work, dedication, pride in what they do – are a perfect match with the ethos of our sailors, soldiers and air forces. I am particularly pleased that The Royal Hospital Chelsea, with its Royal and historical associations, is our cornerstone charity.”

Scarlet Ripple is the latest flavour to compliment Cream & Country’s quirky swirled recipes that have been inspired by the classic tastes of Britain such as New Forest Gateau – luscious chocolate and cherry ripple and English Cream Tea – clotted cream ice cream combined with jam and scone. 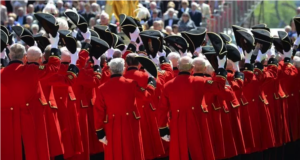 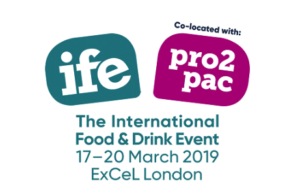 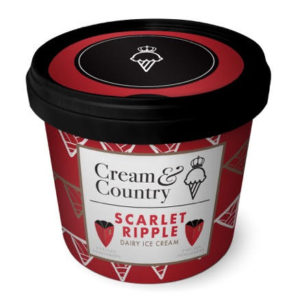